Light Blue Hemka (sometimes Teal[1] or simply called Light Blue[2]) is a character of Hanazuki: Full of Treasures that is a light blue hemka colored Hemka who represents the mood Glamorous.

Light Blue is a Hemka that is dominantly colored a teal. His[3] stomach is a very light shade of light blue while the inside of his ears and the color of his cheeks are a darker shade of his coat.

Light Blue has inhabited the moon Hanazuki was born on, along with the other Hemkas, ever since the episode A Moonflower is Born. His most notable appearance is during Brain in a Cave, where Lavender and him are painting Treasure Trees according to Hanazuki's schedule. 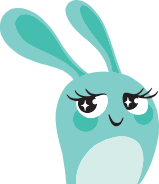 Add a photo to this gallery

Retrieved from "https://hanazuki-full-of-treasures.fandom.com/wiki/Light_Blue_Hemka?oldid=9693"
Community content is available under CC-BY-SA unless otherwise noted.